How did the English novel become the dominant literary form of the modern era? This course attempts to find ways to answer this question by examining the early history of the English novel as it developed over the course of the 18th century. We will trace the growth of the novel as the most important modern literary genre by first looking at its scandalous origins in forms of criminal and pornographic writing, and then examine the ways in which it gradually acquired cultural and social respectability. We will consider the novel’s central role in constructing modern discourses of gender, sexuality and sentiment through the mode of fictional realism. Social, cultural and economic constituents of the public sphere and print culture will be examined, as will the popular, sensational and pornographic components of the 18th century reading market. Students who complete this subject will be familiar with current theories about the construction of subjectivity and sexuality in this genre, and will have developed their own critical readings of a range of 18th century English novels.

We will investigate the rhetoric of the novel through language, plot, structure, character and narration; its developments in the representation of places, events, sexual identity, and states of mind; and the evolution of the role of the novel itself as the great chronicler and critic of a changing society, and an increasingly expanding readership. In exploring the relation between the novel and society, we will look at fictional representations of and attitudes to topics such as money, social class, empire, the family and sexuality. The novel developed and perfected forms of fictional realism, and this course is also interested in the history, ideology and aesthetics of realism, and alternatives to this dominant mode.

The senior course gives students an opportunity to examine a literary genre, analyze its rhetoric and study its development. It will deepen their knowledge of literature and the expressive resources of the English language, and help them to a better understanding of history and of the roots of modernity. They will further practice and improve their skills of critical reading and analysis, oral discussion and argument, and thoughtful and effective writing. They will also be given some opportunity for guided but independent research. The chief objective is to help students to further develop their communicative skills and intellectual discipline, and to consolidate and extend their awareness of the cultures of other people, times and places, and thus to enrich their own.

We will meet twice a week, for a 2 hour lecture, and an hour-long small group tutorial. There is also an ongoing Moodle forum for information and discussion, where students can share their views and questions with each other and with the course teacher. Important supplementary material will also be posted on the Moodle. There is thus a substantial interactive element to this course. 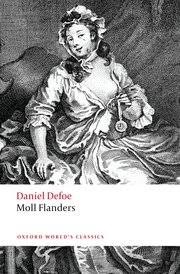 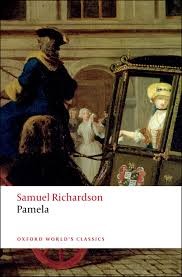 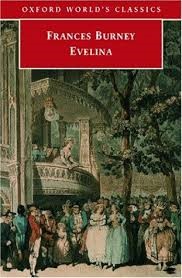 A critical reader containing critical scholarship, as well as relevant excerpts from other novelistic texts will also be available.