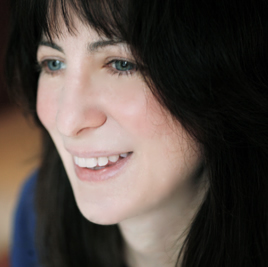 Page Richards graduated with honors from the University of Pennsylvania in mathematics, from Harvard University with a Ph.D. in literature and poetry, and  with a Master’s degree in Creative Writing from Boston University. She has also studied at the Playwrights’ Theatre in Boston and has contributed to theatre, script development, and film production in Hollywood.

She grew up on stage, performing and directing theatre and vaudeville productions in the U.S. and Europe. She received a national Mellon Fellowship in the Humanities in the U.S., the Outstanding Teaching Award from the Faculty of Arts at HKU, a Vermont Studio Writer’s Fellowship for her poems and translations, among many other international awards. Her excerpt from a new manuscript of poems, selected by the Yale Younger Series Poet award winner Eduardo C. Corral as a Finalist in the Tupelo Press Snowbound Award and named "among the very best work" in 2018, is now under expansion and development for publication. A recent chapter on poetry and life writing was released in a 2019 book, called New and Experimental Approaches to Writing Lives. She publishes books in poetry and creative writing, as well as articles in journals around the world, touring and giving readings. Her creative and critical work appears frequently in edited volumes and journals, such as The Dalhousie Review, The Antigonish Review, the Harvard Review, Wascana Review, the Journal of Modern Languages, and ‘After thirty Falls’: New Essays on John Berryman, among others. She is co-founder of the MFA Tri-Continental Consortium, joining with global partners at Boston University, home to the US Poet Laureate Robert Pinsky, and The Manchester Writing School, home to the UK Poet Laureate Dame Carol Ann Duffy. She currently directs The MFA in Creative Writing, the HKU Black Box, the HKU Guild, and the HKU International Creative Writing Prize. She is Chief Editor of Yuan Yang: A Journal of Hong Kong and International Writing, soon to be re-released as SLYCE.