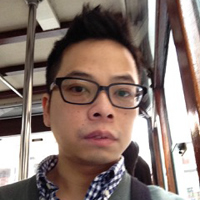 Simon Ng obtains a PhD in English Studies from the University of Montreal (Université de Montréal) in Canada. Previously he was resident scholar in the Centre for Interdisciplinary Research on Montreal at McGill University. His research interests include literature and the city, literary theory, contemporary world literature, and translation. His current book project “Imperfect Flâneurs” is now under consideration for publication with a major university press. In this project, Ng endeavours to translate the flâneur into late twentieth century urban contexts, to reinterpret the flâneur as a literary figure in the contemporary novel with respect to my understanding of disappointment, and to propose a renewed understanding of the flâneur as the anti-heroic figure of the living, whose existence remains incomplete, mundane, and “imperfect” in the grammatical sense. To experience the city as a flâneur, or to make flânerie possible in the city, he argues, one should concede being imperfect, anticipate imperfections, and come to terms with them. The following significant works from late twentieth century and contemporary world literature are featured in this project: Italo Calvino’s Invisible Cities, Robinton Mistry’s novel A Fine Balance, Orhan Pamuk’s novel The Black Book and memoir Istanbul: Memories and the City, Montreal-based writer Robert Majzels’s City of Forgetting and Hong Kong-based writer XiXi’s novel Flying Carpet, included here because of their devotion to literary imaginations of the city and for the profundity with which they embrace untimeliness and imperfection of being, as well as their convincing translations of the flâneur as a literary figure in their works.