This paper examines the subcultural practices of young Singaporean women who dress up in highly stylised Victorian-inspired outfits as followers of Lolita fashion from Japan. Why do these women invest time, effort, and money in performing this highly mediated form of Victorian-ness, and how does Singapore’s doubly colonial past as a former British and Japanese colony shape the fashion practices of these women?

This paper is based on interviews with a small group of Singaporean Lolita fans conducted in 2016 and 2019. While the sample size is not representative, my interactions with the interviewees reveal that, for this small group of women, their choice of neo-Victorian fashion is inflected by the development and reification of racial thinking under both British and Japanese colonial rule, from the early 19th century to the end of the Asia-Pacific War in 1945. While my interviewees profess an admiration for Englishness, their desire for a physical mode of expressing this Englishness draws them to Japanese Lolita fashion. Because it is coded as both raceless and racially proximate to “East Asian” identities, Japanese Lolita fashion allows these women to perform a version of Englishness that can accommodate their non-white bodies.

Waiyee Loh is an Assistant Professor of World Literature at Kanagawa University in Yokohama, Japan. She received her PhD from the Department of English and Comparative Literary Studies at the University of Warwick. Prior to coming to Japan, she was a Visiting Scholar at the Department of Japanese Studies at the National University of Singapore, where she conducted the research that forms the basis of today’s presentation. Her work has appeared in the journals Textual Practice, Neo-Victorian Studies, Mechademia, and the Journal of Postcolonial Writing. 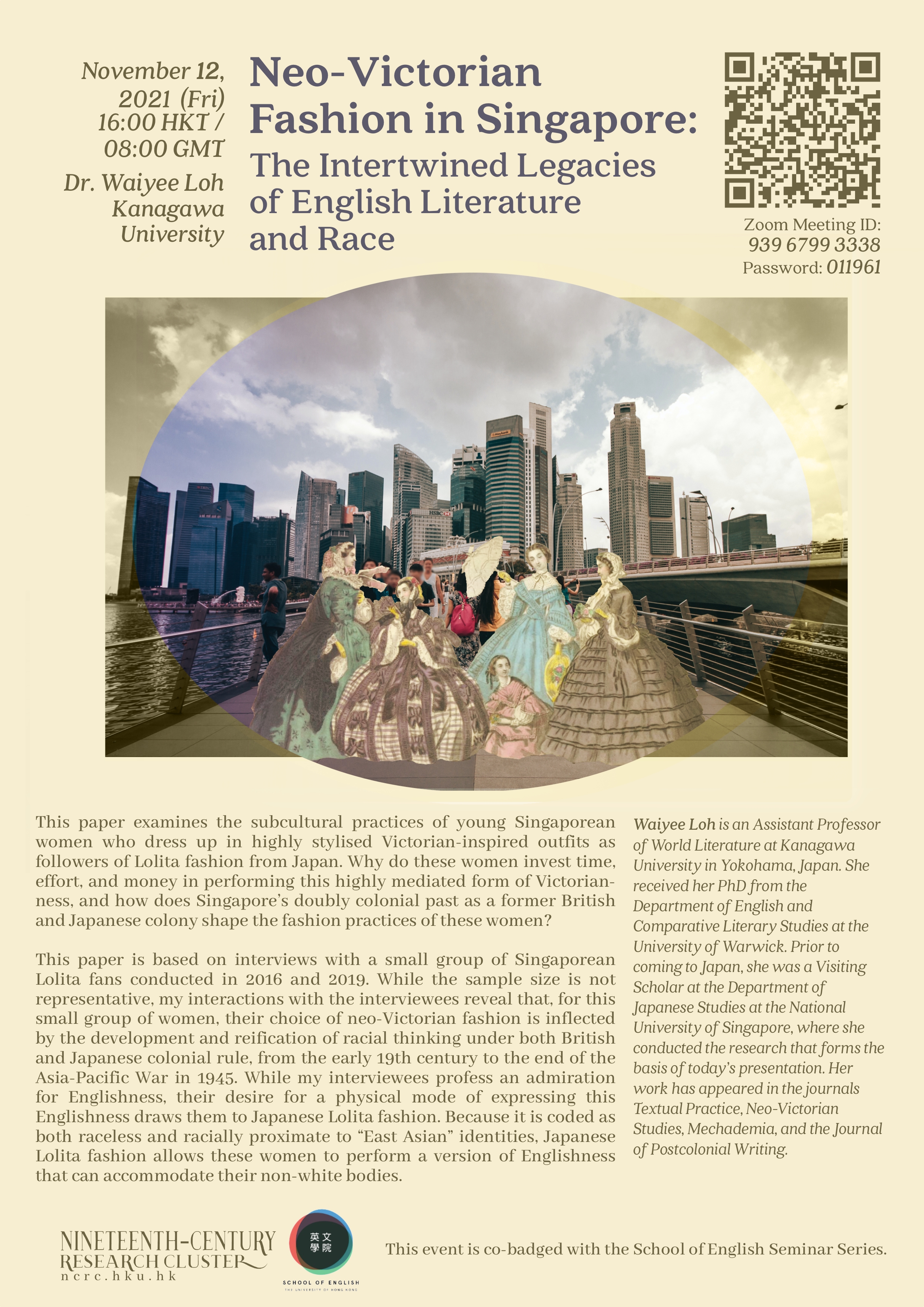